Ansible Tower is a web-based UI that provides an enterprise solution for IT automation. It

Depending on the needs of the enterprise, Ansible Tower can be implemented using one of the following architectures.

All Ansible Tower components, the web front-end, RESTful API back end, and PostgreSQL database resides on a single machine. This is the standard architecture.

The Ansible Tower web UI displays a Dashboard which provides a summary view of an enterprise's entire Ansible environment. The Ansible Tower Dashboard allows administrators to easily see the current status of hosts and inventories, as well as the results of recent job executions.

You can use the Ansible Tower web UI to create inventory groups and add inventory hosts. You can also update inventories from an external inventory source such as public cloud providers, local virtualization environments, and an organization's custom configuration management database (CMDB).

You can use Ansible Tower to schedule playbook execution and updates from external data sources either on a one-time basis or recurring at regular intervals. This allows routine tasks to be performed unattended and is especially useful for tasks such as backup routines, which are ideally executed during operational off-hours.

When you initiate a playbook execution in Ansible Tower, the web UI displays the playbook's output and execution results in real time. The results of previously executed jobs and scheduled job runs are also available in Ansible Tower.

Ansible simplifies IT automation and Ansible Tower takes it a step further by enabling user self-service. The Ansible Tower streamlined web UI, coupled with the flexibility of its RBAC system allows administrators to reduce complex tasks to simple easy-to-use routines.

Ansible Tower centrally manages authentication credentials. This means that you can run Ansible plays on managed hosts, synchronize information from dynamic inventory sources, and import Ansible project content from version control systems. It encrypts the passwords or keys provided so that they cannot be retrieved by Ansible Tower users. Users can be granted the ability to use or replace these credentials without actually exposing them to the user.

Ansible Tower logs all playbook and remote command execution. This provides the ability to audit when each job was executed and by whom. In addition, Ansible Tower offers the ability to integrate its log data into third-party logging aggregation solutions, such as Splunk and Sumologic.

Ansible Tower notifies you when its job executions succeed or fail. Ansible Tower can deliver notifications using many different applications, including email, Slack, and HipChat.

The Ansible Tower RESTful API exposes every Ansible Tower feature available through the web UI. The API's browsable format makes it self-documenting and simplifies the lookup of API usage information.

Ansible Tower has the following requirements:

Administrators interested in evaluating Ansible Tower can obtain a trial license at no cost.

Instructions on how to get started are available at https://www.ansible.com/tower-trial

Targeted at small deployments, this includes a basic Ansible Tower subscription, with software maintenance and upgrades but no technical support or service level agreement (SLA). Some "enterprise" features of Ansible Tower are not included. Versions supporting up to 250 managed nodes are available. Larger deployments should consider the enterprise subscriptions.

The Standard edition includes an enterprise Ansible Tower subscription with entitlement to all Ansible Tower features and 8x5 technical support. Pricing is based on the number of nodes that are managed.

The Premium edition also includes an enterprise Ansible Tower subscription with software maintenance and upgrades and all Ansible Tower features, but with entitlement to 24x7 technical support. Pricing is based on the number of nodes managed.

The standard setup Ansible Tower installation program can be downloaded from http://releases.ansible.com/ansible-tower/setup/

The latest version of Ansible Tower for Red Hat Enterprise Linux 7 is always located at https://releases.ansible.com/ansibletower/setup/ansible-tower-setup-latest.tar.gz

This archive includes an initial set of RPM packages for Ansible Tower so that it may be installed on systems disconnected from the internet.

reachable sources. This may be preferred by administrators in higher security environments. This installation method is not currently available for Ubuntu.

1. As the root user, download the Ansible Tower setup bundle to the system.

2. Extract the Ansible Tower setup bundle and change into the directory containing the extracted contents.

3. Edit the inventory file to set passwords for the Ansible Tower admin account (admin_password), the PostgreSQL database user account (pg_password), and the 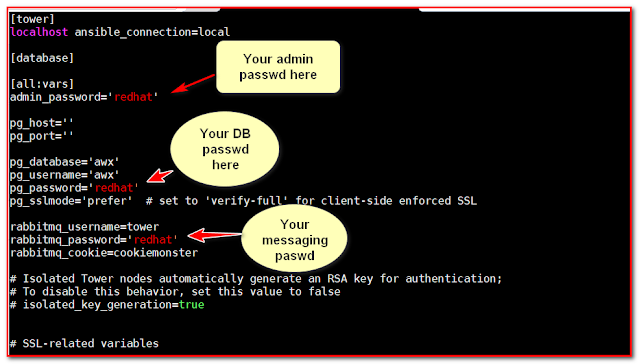 4. Run the setup.sh script to start the Ansible Tower installer.

5. Now, open your browser, access the Ansible Tower web interface with your server’s IP or FQDN, the username is admin and the password that you configured in the inventory file. 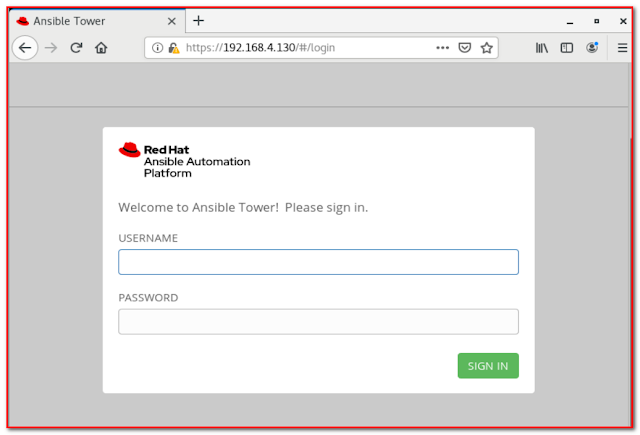 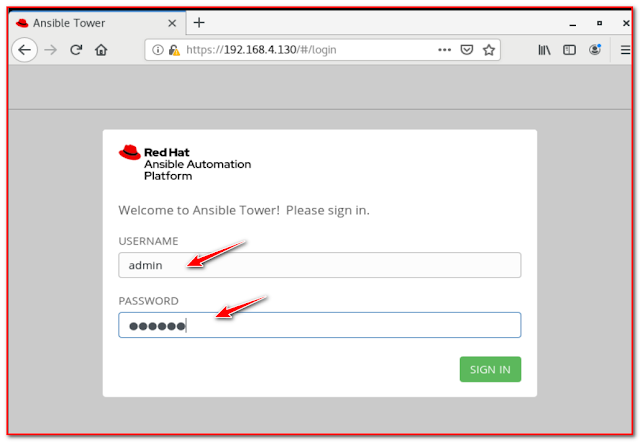 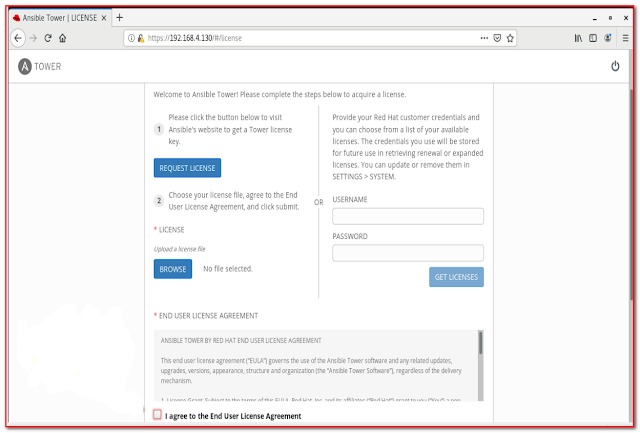 You can view video here and subscribe to my channel.
https://youtu.be/uDwMHN3feEA
Ansible 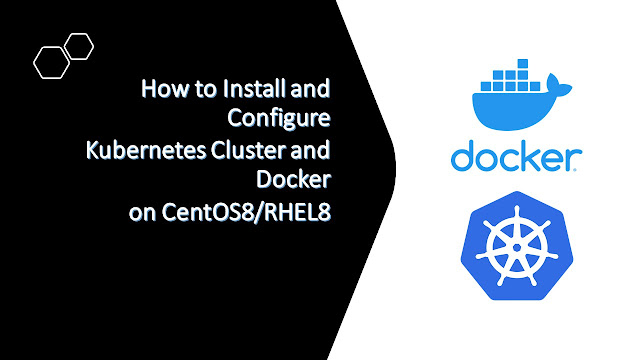